Mr. Mohammed Tawfik MOULINE, Director General of IRES, received Mr. Li Li, Ambassador Extraordinary and Plenipotentiary of the People's Republic of China to the Kingdom of Morocco On August 23, 2017.

The meeting was an opportunity to discuss the possibilities for the strengthening of intellectual cooperation between Morocco and China, in the light of the celebration in 2018 of the 60th anniversary of the establishment of diplomatic relations between the two countries. 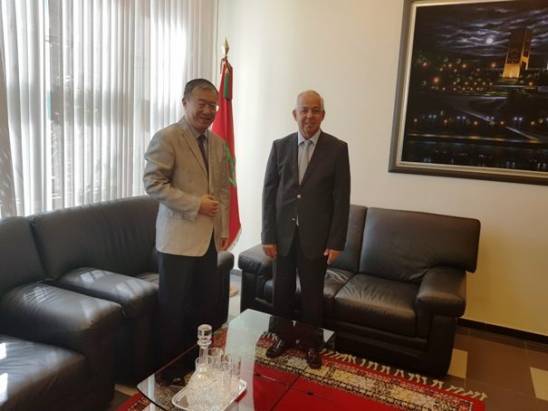