Visit of the Ambassador of Pakistan to Morocco

IRES’ Director General, Mr. Mohammed Tawfik MOULINE, received on October 6, 2016, His Excellency Mr. Nadir CHUDHRI, Ambassador of Pakistan to Morocco. The discussions focused on the cooperation ties between Morocco and Pakistan as well as the recent developments of the security situation at the regional and international level. It was agreed, for further reflection on these issues, to host a conference which will be facilitated by Ambassador CHUDHRI on October 19, 2016.

Took part to the meeting, Mr. Said MOUFTI, Director of Research at IRES, and Muhammad WASIF, Third Secretary at the Embassy of Pakistan in Morocco. 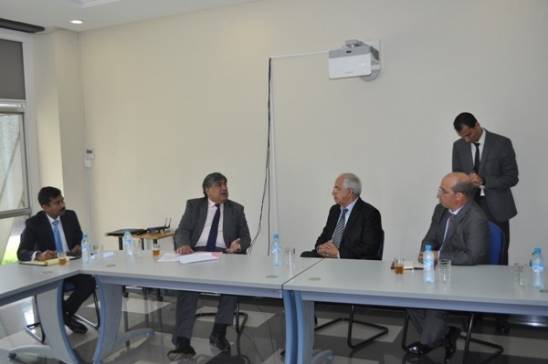