During a visit to IRES, on June 16, 2016, Ekke NOMM, Director of the Diplomatic School of Estonia, was received by Mr. Mohammed Tawfik Mouline, Director General of the Institute, during which a presentation of the Institute, its missions and the issues examined within the framework of its program of work was made.

Discussions focused, too, on the geopolitical and security situation in the Euro-Mediterranean area and its prospects as well as the future of European integration. Other aspects were examined, including the possibilities of cooperation and partnership between the Diplomatic School of Estonia and think tanks and Moroccan universities in the fields of common interest. 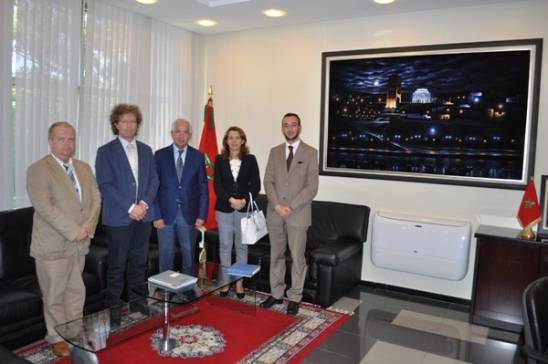