Cooperation with national actors consists mainly in their participation in study activities (IRES Think.Tank) and in the seminars organized by the Institute (IRES.Forum).

The national academic community, which includes both universities and higher education and research institutions, has represented, for the period 2008-2019, nearly 56% of the researchers mobilized by IRES in its study programmes. 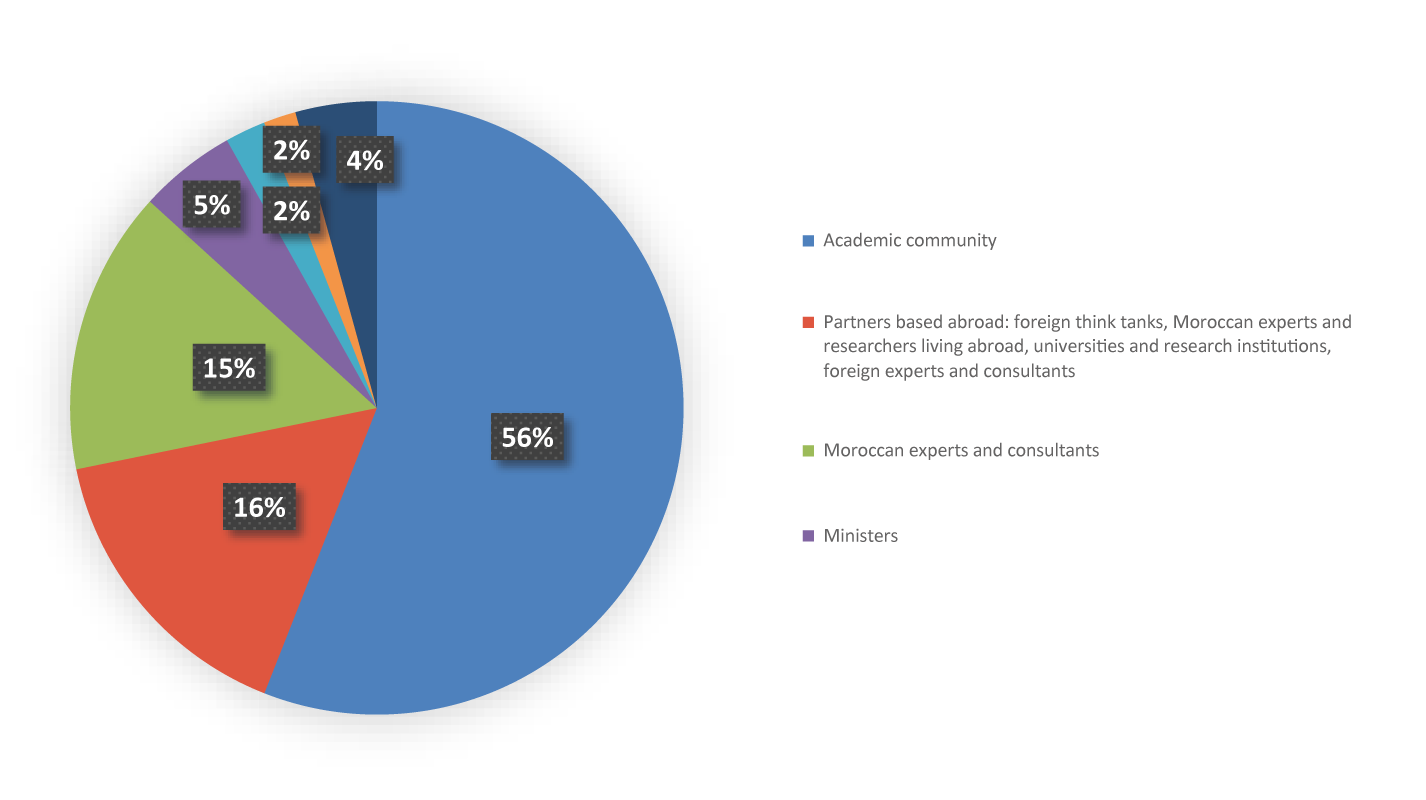 Foreign universities, think tanks and experts located outside the national territory have contributed 16% to the IRES.Think Tank activities, including 4% for the Moroccan community abroad.

Researchers from about ten universities have taken part in the studies carried out by IRES and more particularly from Mohammed V University of Rabat, Hassan II University of Casablanca and Cadi Ayyad University of Marrakech.

Breakdown of associate researchers from the academic community, 2008-2019 (IRES.Think Tank) 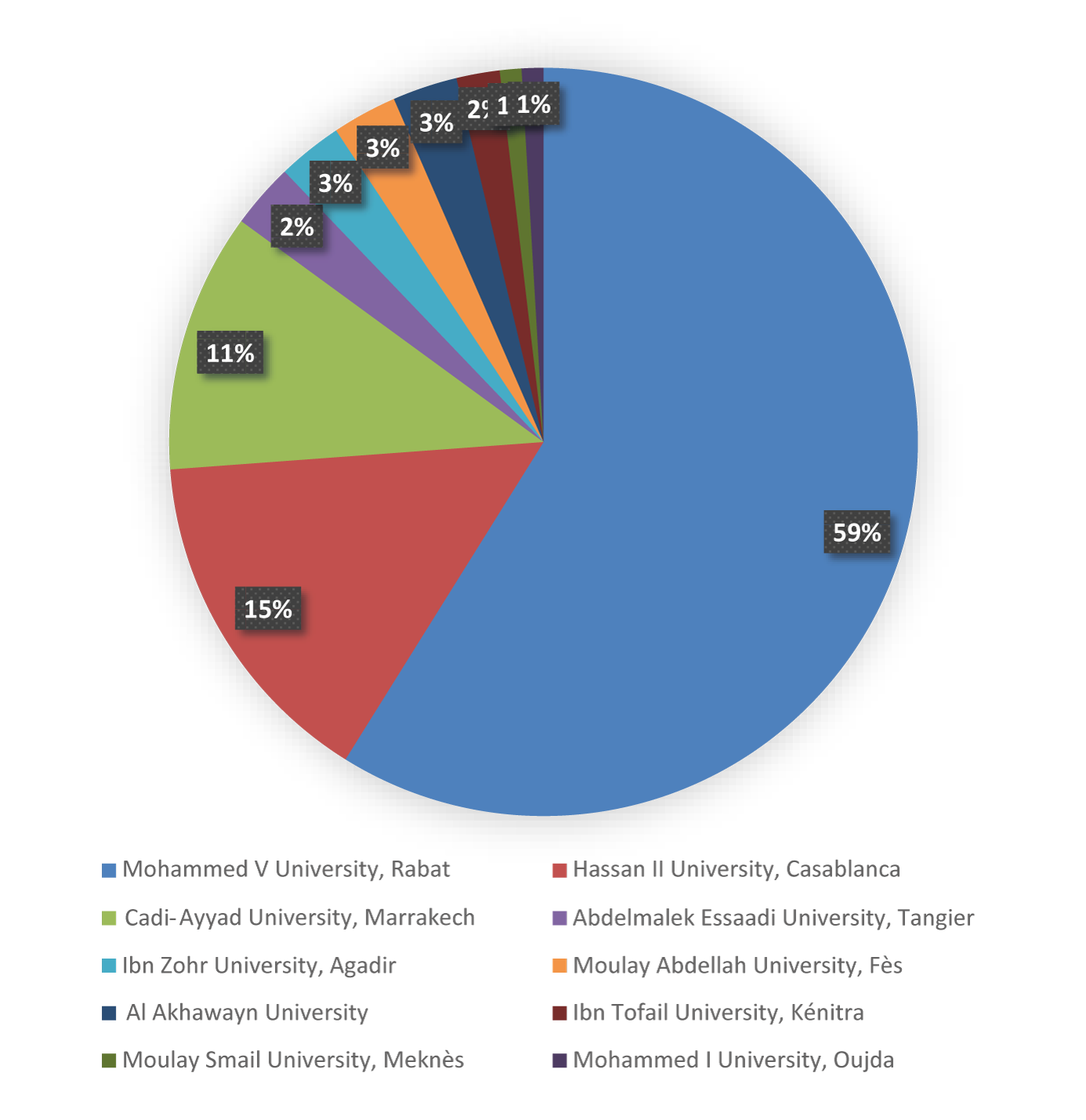 Cooperation with national actors has been deployed, inter alia, through the IRES.Forum activities, to which the national academic community and foreign institutions have contributed 34% and 27%, respectively, through their presentations.

Breakdown of panellists who have contributed to IRES.Forum activities per type of institution, 2008-2019 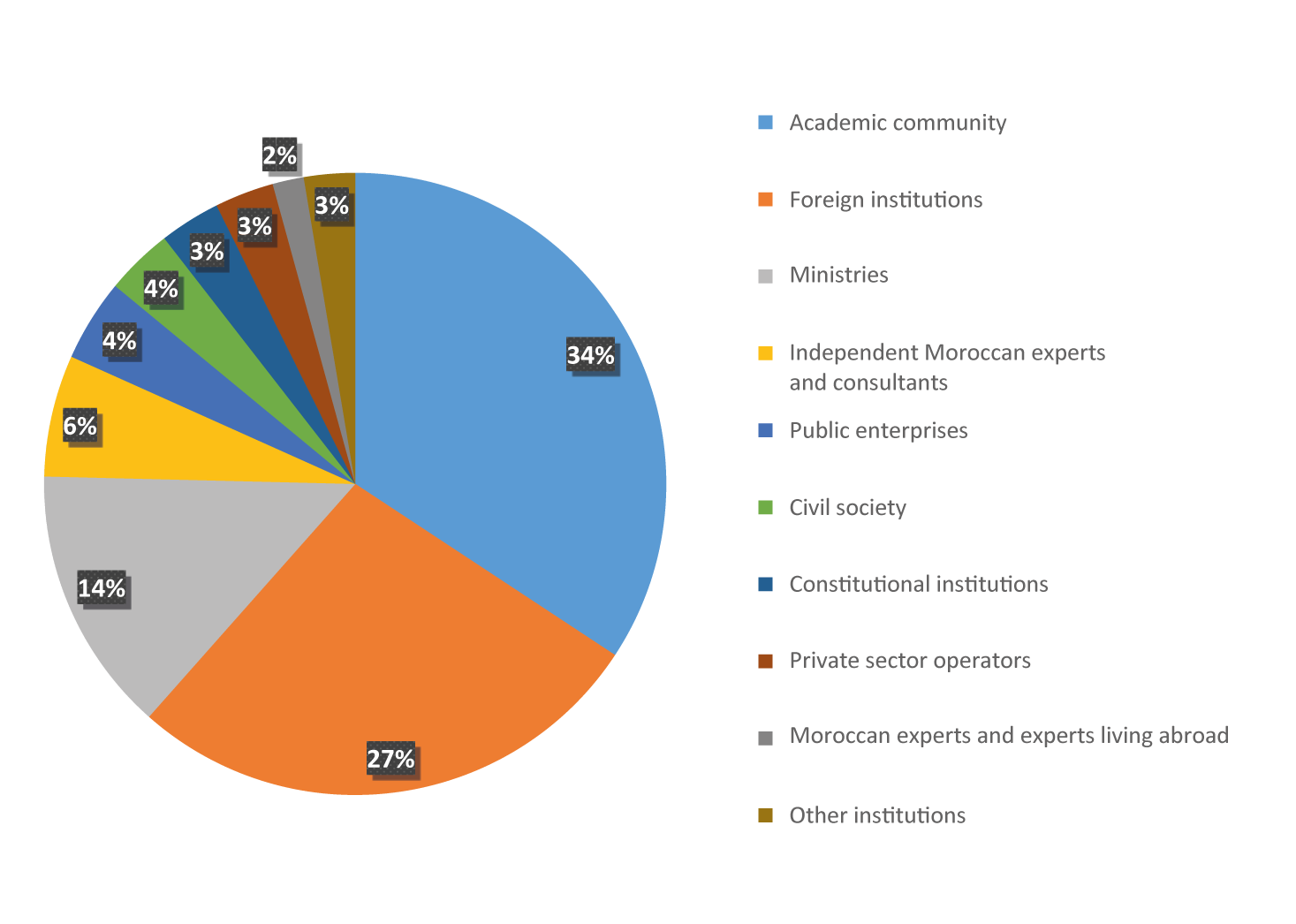 IRES.Forum activities have enabled the Institute to play the role of a bridge between several actors: Constitutional Institutions, Ministries, public enterprises, security bodies, the private sector and civil society. The participation of these different actors has varied according to the study programme: for example, civil society was more present in the study programme on the social bond than in the other programmes.

Breakdown of IRES.Forum activities according to the STEEP Grid (2008-2019)

According to the STEEP grid, the breakdown of IRES.Forum activities over the period 2008-2019 highlights the very high proportion of meetings devoted to international relations (including diplomacy and security). In second, third and fourth place, respectively, come the "Space" class, issues of concern for society and the "Economy" class.

***The other institutions are the Constitutional Institutions, the Higher Commissioners’ Offices, the Moroccan Think Tanks, the armed and security corps and private sector operators.