» Forums » IRES participation in the CGEM conference on the social contract

IRES participation in the CGEM conference on the ...

Mr. Mohammed Tawfik Mouline, Director General of IRES took part, on April 26, 2018, in a conference organized by the CGEM on the social contract. During his presentation, Mr. Mouline said that the issue of social contract is part of a global reflection on the development model. This model need to be rethought, on the basis of structural and non-cyclical elements, giving priority to the individual. In addition to promoting the values of progress (work, meritocracy, respect for others ...) with a view to building the pillar of citizenship, we need to focus on improving the quality of education, the development of anticipation, the fight against all forms of inequality, the mobilization of young people… The human capital, which is the most important component of intangible capital, must be prepared for the great challenges of tomorrow's world, others, digitalization. 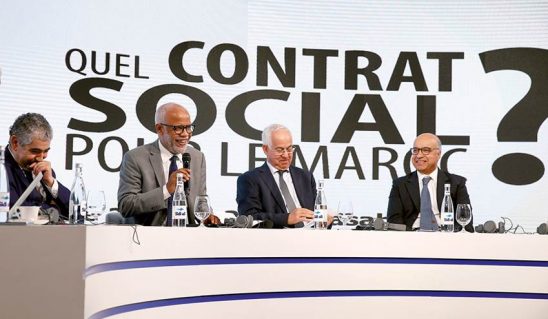