The Director General of IRES took part in the work of the Tenth Meeting of the Strategic Triangle Latin America – Europe – Africa organized by the Latin America Development Institute (IPDAL), devoted to the theme "Economic Recovery and World Health ”, in the light of the global health crisis.

Mr. Mohammed Tawfik MOULINE presented the main axes of Morocco's response to the pandemic as well as the role played by the Kingdom on the diplomatic level. He highlighted, in particular, Morocco's solidarity with Africa in the face of a crisis whose fallout exacerbates the continent's vulnerabilities and risks affecting its development trajectory. 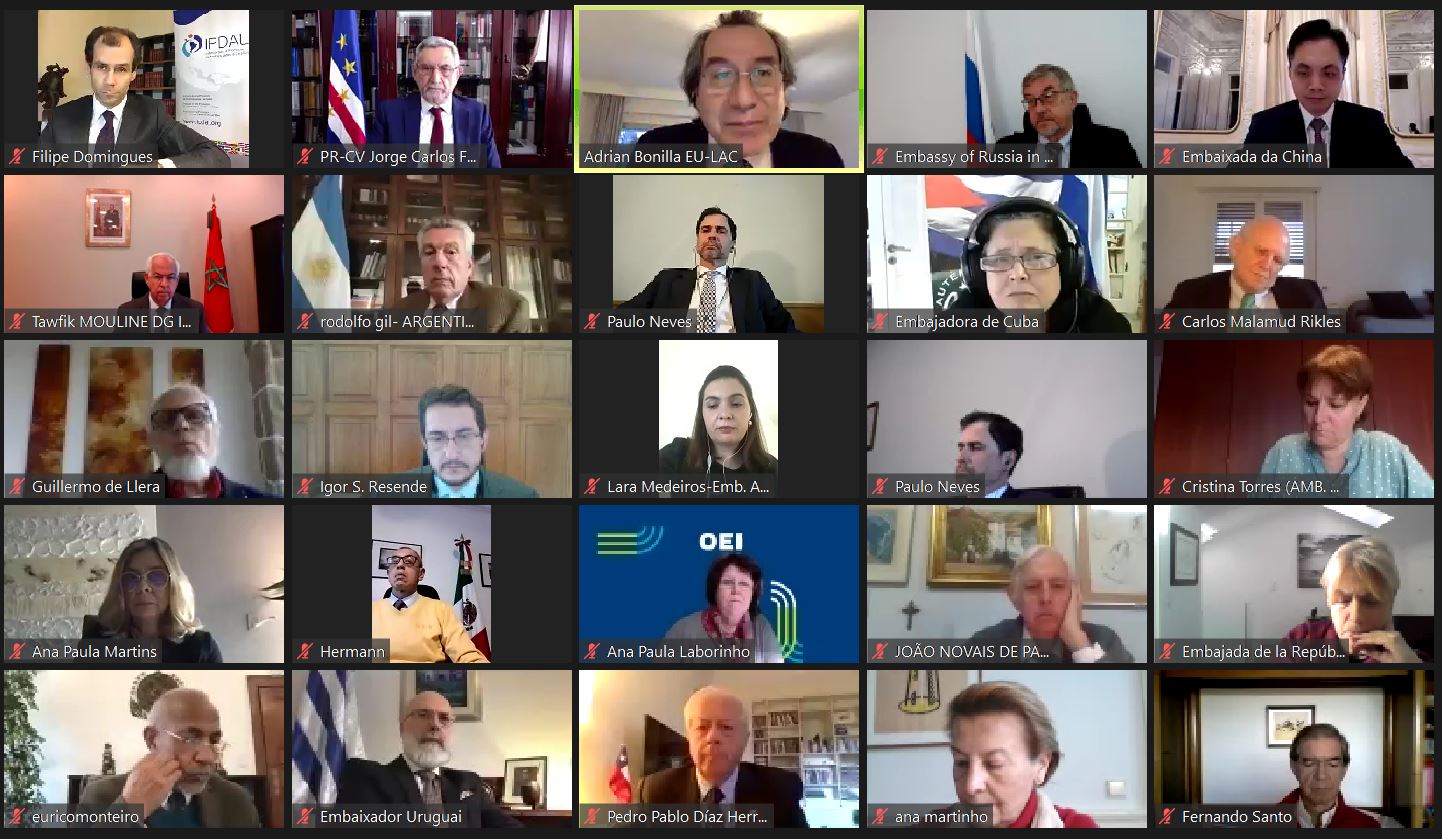